skip to main | skip to sidebar

Yes, I *know* that I typed "Pop Tart" twice in the title. It was intentional which you'd figure out if you'd just settle down and read a bit, cheese straw.

I also know that I can buy, like, twenty billion Pop Tarts for a quarter but that's not going to stop me from halving this recipe and making my own. But, yeah, thanks for pointing that out. *eyeroll*

I did make a few changes to the recipe. I'm not a brown sugar and cinnamon person. I'm more of a jam fan. 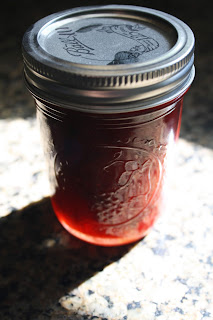 Speaking of which, hot damn, that's my jam! (So not kidding. Leff and I canned a dozen jars of Damson plum jam last fall.)

Another change: I made a template instead of using a ruler. 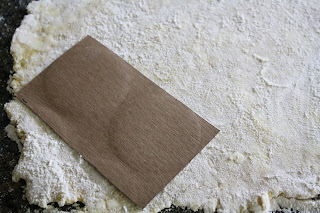 Although, as you'll see later, it still didn't help me to cut a straight line.
To construct regular Pop Tarts, start with 1) a well greased cookie sheet 2) an egg washed piece of dough with jam in the middle. (Where it at? In the middle.) 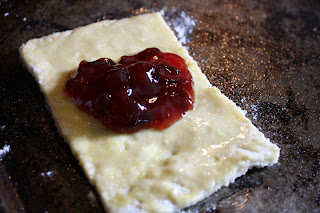 Another piece of dough goes on top of the first. Smoosh a circle around the filling with your fingers to kinda' make a "pocket of flavor". Then fork the edges and make holes in the top pastry slice to vent the tarts during baking.
Oh, an egg wash on top would also be nice. 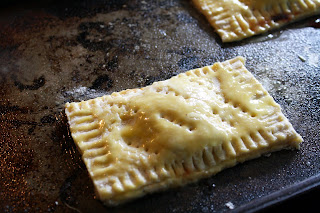 After about 30 minutes in a 350 degree oven, you'll get some Pop Tarts that are nice enough. A bit on the Sarah plain and tall side though, amiright? (Alternate Sarah, Plain and Tall reference. Relevant part starts at 8:27.) 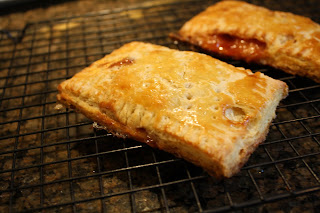 That's why I decided to *tart* them up. (Do you see what I did there with the word "tart"? huh huh huh)
While waiting on the Pop Tarts to cool, I made a Lady Gaga stencil. 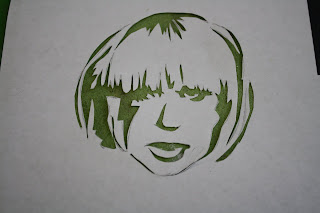 If you want to make a bland toaster pastry into a Pop Tart Pop Tart, you can do the same. Or, you know, go with Britney or early Madonna or, godforbid, Ke$ha. You get the idea.

If you stencil a Gaga, make sure that you have an appropriate prop. Like, say, Kermit the Frog. 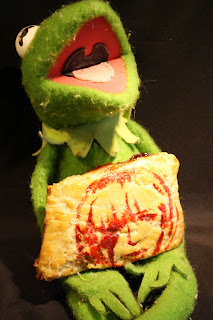 Maybe a jar of Miracle Whip or possibly a nitro fueled funny bra.

Related to stenciled food, I've got another card contest at Suspect and Fugitive. Details are here. Go enter! But don't send me your bad romance because, oh my god, that's something that I really, really, really don't want.
Posted by r4kk4 at 8:10 AM

Other Things I've Cooked Up